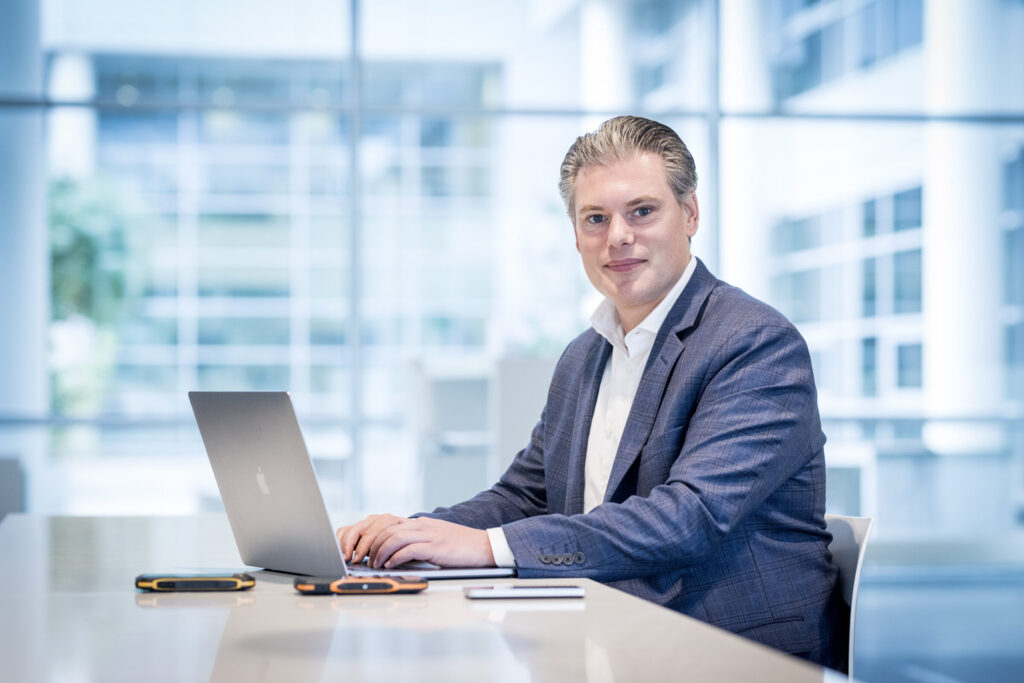 New Energy in ImpactCity The Hague

Home News Acquisition New Energy in ImpactCity The Hague || The daring ambitions of X-Systems – will the next smartphone be made in The Hague?

The Hague, traditionally the number one location for energy businesses in the Netherlands, is also rapidly transforming itself into a hotspot for the energy transition. As ImpactCity, the municipality of The Hague is committed to developing the sustainable energy sector in line with the economic vision of The Hague +2030. In the form of a series of interviews with key players and innovators from the impact ecosystem of ImpactCity, a number of activities taking place in and around The Hague in de area of new energy, are showcased. New energy and innovation that contribute to a better world.

What do innovators in the field think of The Hague as a working and living location and city for innovation? Read a new story every week for the coming period. This week: X-Systems.

X-Systems is a company with a special story. Founded in Eindhoven in 2015 by two brothers and self-made entrepreneurs, John and Marco-Alexander Meyers, it moved to The Hague in 2018 with an ambitious mission: to launch “an absolutely safe smartphone”, to be used by the internationals, multinationals, governmental organisations and vital industries such as the energy sector. As John Meyers (36) describes his product: “We offer a military-grade crypto-secure smartphone as part of a comprehensive communications solution”. 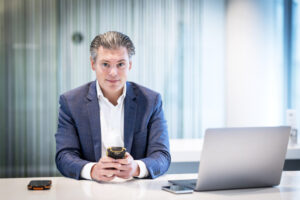 Producing your own smartphone? Isn’t that a somewhat risky project for a small company in The Hague?

The interviewer is a bit incredulous. But John Meyers is the first to admit that his ambitions are not very modest. “The Netherlands will soon be the only country in Europe where smartphones are being made,” he says. “Nokia? Yes, but they use Chinese technology. We have developed our own technology.”’

Meyers does not doubt that there is huge potential demand for a homemade, secure telephone. “We are convinced that mobile communications and IoT will confront our society with an enormous problem. When all households and existing legacy devices are connected with smart networks in the future, one interruption can take down an entire region.”

According to Meyers, sectors that are essential such as the energy sector have a particularly urgent need for means of communication that are not just safe, but also more user-friendly than, for example, the C2000-network that is currently used in the Netherlands. “We have designed our smartphone in a modular fashion. That means the same board can be used as tablet, computer, even television. All you need to do is put it in a docking station and connect a screen to it. So it’s not just safe, but also easy to use.”

X-Systems has developed an initial proof of concept, which “got very positive reactions,” says Meyers. The company gratefully made use of European subsidies made available by the “Kansen voor West” (Opportunities for West) program of the four “Randstad” provinces. Meyers: “A very nice subsidy that has given us a lot of visibility. It is normally awarded to much bigger companies than ours.”

X-Systems is now talking to potential clients in The Hague that they hope will serve as launching customers for the product. The launch is foreseen for next year. “Up to now we have only invested. Next year we will have our coming-out. That’s when we will take a big step up.”

Meyers stresses that X-Systems will not be aiming at the consumer market. “Our primary target group are the professionals who must communicate securely anytime and anywhere. Within the sectors where eavesdropping and influencing data can have major consequences.” So the X-Systems smartphone will not be available for everyone then? “Correct. We will not supply to consumers, only directly to specific organisations and companies. They will have to report immediately if a phone is lost, then we will disable it. We can do that from a distance.”

This is also the most important reason why X-Systems moved from Eindhoven to The Hague: to be closer to its clients. “Here is where the policymakers are, the government, the multinationals.” What is more, says Meyers, the city was very willing to help. “The Hague has a special department to help  companies active in the security industry. There is a lot going on in this field here. That makes it possible for us to achieve a lot of synergies.”

Although the production of a smartphone seems ambitious enough, the activities of X-Systems are not limited to that. The company offers a complete package of security services, all built on the back of its own smartphone technology. Meyers explains: “The smartphone is the powerhouse. But we are able to downgrade the technology behind it. That is to say, to take bits out of it, which we can offer as separate products. That means we don’t have to invent new products all the time.”

Still, Meyers is not secretive about his ambitions. “Our mission is to make and keep the Netherlands safer,” he says. “In five years or so, everyone will know our name.”

Want to know more about the opportunities for technology, security and new energy in The Hague? Get in touch with account manager Martin Hulsebosch. 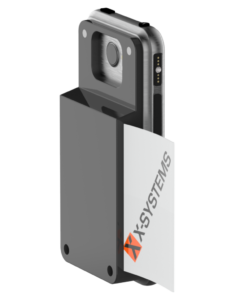