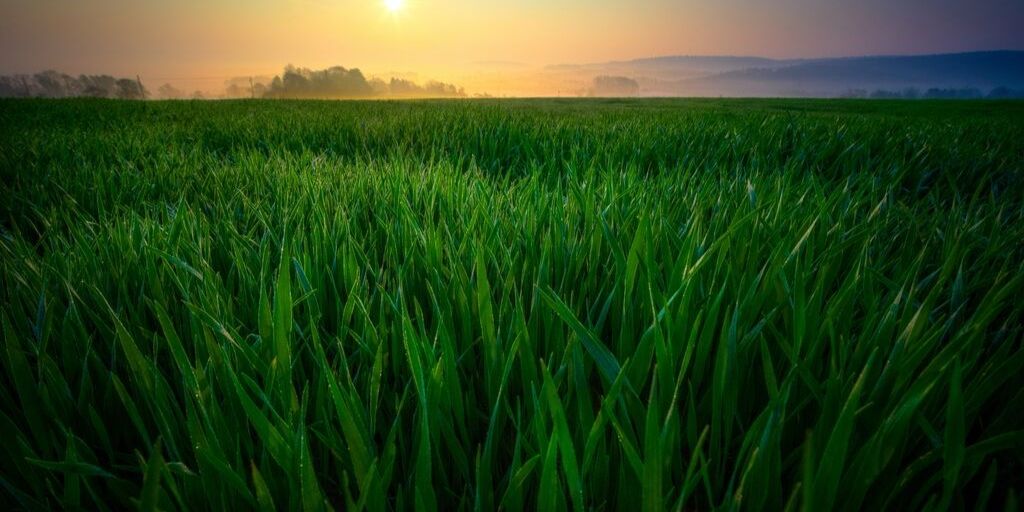 How the Dutch are feeding the world, sustainably

Home News Knowledge How the Dutch are feeding the world, sustainably

Leading up to ImpactFest, Europe’s largest impact meetup on November 5th, we will look in to the impact ecosystem in ImpactCity – The Hague as well as current impact developments, trends and innovations. ImpactCity facilitates entrepreneurs, from startups to established companies, NGO’s and impact investors who combine doing good with doing business, with a dedicated infrastructure. Through housing, connections to financing and an incredible support partner network, innovations for a better world get the best breeding ground possible to take off and pros pure.

When Jonathan Webb completed his university studies in 2008, jobs were scarce. The world was amidst a deep economic recession. The young man from Kentucky had the choice of going into coal sales, the long-standing economic driver of the Eastern US’s Appalachian region. He chose a different path.

Webb is at the helm of a sustainable agricultural tech venture he launched two years ago called AppHarvest. His vision is to introduce environmentally-friendly, resource-efficient, locally-grown food to Eastern Kentucky to counter the social and economic devastation wrought by a collapsing coal industry.

The first tangible realization of that vision is currently under construction: a 256,000 square-meter ultra-high-tech greenhouse that will employ 285 people and grow 20 million kilos of fresh produce annually. The digitally monitored, chemical free, energy and water efficient facility will be the largest of its kind in the US.

“Ultimately, our goal is to align with nature,” Webb says. “Most industries bulldoze over the top of natural systems. We want to design as sustainably as is possible today.”

To help with the execution, Webb turned to the Netherlands, the global leaders in sustainable agriculture.

“Ever since I founded AppHarvest, I have said time and again that the United States must learn from the Netherlands, because it is the world leader in agtech,” Webb said in May at the Global Entrepreneurship Summit in The Hague, where it was announced that AppHarvest would be partnering with Den Hoorn-based greenhouse manufacturer, Dalsem.

The Netherlands has only achieved that level of output by prioritizing extreme resource efficiency, and championing technology that will enable it. The machine driving that technological innovation is Wageningen University & Research.

“It’s jarring, the difference between Wageningen and the agricultural universities here [in the US],” says Webb. “There, there’s robotics, artificial intelligence. There’s an excitement about agriculture as a tech sector that you don’t see here.”

That excitement has enabled a culture of innovation that extends beyond the university’s walls and into a growing food and agriculture startup ecosystem that emphasizes sustainability. Dutch startups are developing solutions across the food system spectrum, from environmentally-friendly crop treatments, like the bio-fungicides Wageningen-spinout Ceradis is developing; to livestock welfare tracking, enabled by MastiLine’s dairy cow monitors; to food waste, which Conscious Kitchen in The Hague is tackling with healthy, creative meals.

Some are truly pushing their creative limits, like the floating dairy farm in Rotterdam that is showcasing how food can be produced “in a circular and climate adaptive way, at the place where people live.”

Amid pressure on the global food system, spurred by intensifying climate change impacts and a growing global population, other countries are turning to the Netherlands’ for inspiration and support in sustainable agriculture. And serving as global mentor seems to be a role the Dutch are eager to fulfill.

Webb, for example, touts Dalsem’s “hands on” approach to the AppHarvest project. “For them, it’s not transactional. They put in a ton of time and resources early on, which was critical to making the project come to fruition. They do that all over the world.”

Speaking at the AppHarvest-Dalsem partnership announcement in The Hague, Carola Schouten, the Netherlands’ Deputy Prime Minister and Minister of Agriculture commented: “This is a good example of how international cooperation can contribute to sustainable, circular food systems.”

Another example of that is last year’s Agri Food Traction Tour, orchestrated by the NL Enterprise Agency in The Hague, the Netherlands Embassy diplomatic missions in Australia, KPMG Australia, and agtech venture capital firm AgFunder. The purpose of the tour was to introduce the leaders of Australia’s food and agriculture sector to pioneering Dutch technologies and accelerate technology adoption within Australia.

In a report on the Tour, the organizers noted that the “sheer investment into leading edge technology development is what sets [the Netherlands] apart.” But the biggest takeaway from the Australian delegation was the importance of collaboration and knowledge sharing.

“Of the many lessons we took from the Dutch, the most useful and relevant is the power of collaboration,” the report authors wrote. “There is an apparent default mindset in the Netherlands to do things faster, with greater scale and impact. This mindset has resulted in the establishment of technical and production clusters and centers of excellence across the Netherlands.”

That mindset is something Webb wants to import back to Eastern Kentucky to both reframe the local food system and introduce conscious economic activity to the community. “There are thousands of companies supporting [agriculture] in the Netherlands. We want to develop an ecosystem here. And not just by building greenhouses, but by building the whole industry—even fabricating the greenhouse glass here.”

The Netherlands excels at building its homegrown talent and exporting its sustainable agriculture expertise globally. But the country could itself benefit from attracting international talent, particularly early-stage startups that may choose to launch an office or grow their companies in the Netherlands because of the availability of resources and expertise.

“There’s a lot happening to support startups that are here, but the Netherlands hasn’t really nailed it in terms of attracting international startups,” says Mark Durno with startup accelerator Rockstart. “The agtech ecosystem is very regionally and nationally focused.”

Rockstart, which supports social enterprises through its thematic programs in the Netherlands and Denmark, launched an agrifood track and venture fund this year to help fill that ecosystem gap.

“We want to activate international startups and give them access to the huge amount of private investment, research and development, academic institutions and corporate heavyweights in the Netherlands and Denmark,” Durno says.

“The Netherlands’ is in a prime position to be a global leader in agrifood,” observes Durno. “It already is, at the scale-up and corporate phase. Now it just needs to unlock international potential and take a leading role at the startup level as well.”

Want to find out more about Dutch food and agtech? Join the meetup sessions hosted by Horti Heroes and FoodStars ‘Supercharge innovation within the food & flower industry – horticulture & agtech‘ but also get in touch with innovative companies such as Conscious Kitchen who will be attending ImpactFest as well on November 5th: www.impactfest.nl