The documentary raises all sorts of questions about the biggest sporting event of the year, and the extent to which countries can use global sporting events to change their wider public perception.

Can we separate football from the treatment of the people building the stadiums? Despite calls by FIFA to avoid ‘ideological and political battles’ and to ‘let football take centre stage’, many voices believe that the two issues cannot and should not be separated.

“The Workers Cup is a personal look inside Qatar’s labour camps, where the FIFA World Cup 2022 is being built on the backs of a million-plus migrant workers. For the first time ever a film team gained access to the most controversial construction site and gives voice to the workers following their enthusiastic preparation for their own soccer cup.”

Just Peace Movie Nights are film screenings and discussions on important and current issues in the world of peace and justice.

Tickets for this event are free for named members of The Hague Humanity Hub.

Attendees are welcome to buy drinks from the bar throughout. 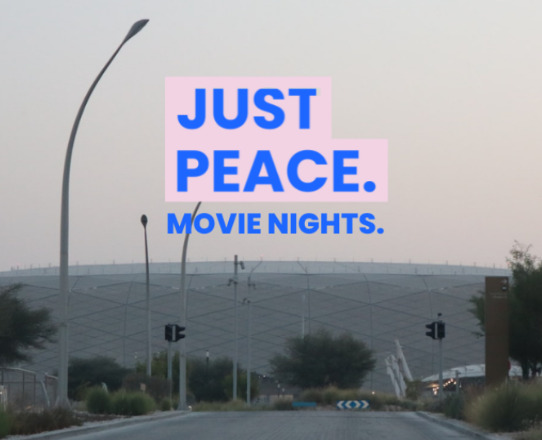